It was time the yearly bike ride up its game!

Everyone’s getting older and numbers were diminishing… Something had to be done!

A few Beers in our local on a Saturday, the decision was made to do something a little more epic. “Lets start from here, get the ferry to the island, ride around it them come back?” The facial expressions said it all! There was a mixed reception, but a few more beers and out came the bravado… “I’m a man! I can do this!” So that was it, agreed… Bishy to Bembridge and Back was born and it was to be in aid of the Countess Mountbatten Hospice… There was 8 of us!

As time went by, word spread, more beers drunk and more and more people signed up… at an astonishing rate! There was even talk of training rides!… People were taking this seriously… bearing in mind 90% of us were unfit, beer swilling 30 and 40 somethings!

The summer came and went..  And before we knew it, it was Saturday 5th September and the big day had arrived. It was cloudy and overcast, with a mention of rain, but we all turned up at the pub as agreed and all 50 of us and set off for the Ferry in Southampton. Once on board,  beer was rapidly sunk and before we knew it we were on the island and ready to go… Im not sure if the islanders were ready for us?!

We landed in Cowes and sea legs were quickly swapped for pedal power and everyone found their lungs… In the first 20 minutes I started to dawn on everyone what they’d signed up to and there was a lot of moaning and groaning along the way. Thankfully the reason behind this adventure was enough push us all along, and the moaning turned to whoops and belly laughs. It wasn’t long before we’d chewed through 50-odd miles and it wasn’t long before a pub was found in aid of sustenance and some guerilla fundraising.

After lunch we were all greeted with a few lung busting hills which soon split the group, depending on the amount of ale consumed. Again, there was some sweatin’ n some swearin’ before we reached the half waypoint and then, over the hill we saw the caravan park awaiting us along with the dilemma of who was sharing whos caravan for the night?

Yep, you got it… It was a quick shower and a race to find a watering hole for the night… As you can imagine… It didn’t take long!

The next morning we were awaken by some sunshine, and thankfully very few hangovers! Everyone topped up on coffee and fry ups and before we know it our saddle sore bums were doing it all over again.  Not far today! Or so we thought. Sure it wasn’t far, but they saved all the good hills for today…. Up and down and up and down, all the way back to Cowes… Huffing, puffing, moaning, sweating, swearing… But thankfully no tears and once again we all reached the pub for celebratory beers and to bask in our glory! In the pubs and on the ferry, The travelers, holiday makers, workers and locals were all quick to ask about the t-shirts and our adventures and everyone was keen to make a contribution for such a worthy cause.

After the ferry home we all made the return ride back to The Welcome Inn in Bishopstoke, where we were greeting by our proud friends and families for a Barbecue and even more beers! (are you starting to notice a pattern here?)

All in all it was a great weekend… And it was all down to those who took part and stuck it out, as well as those who contributed in whatever way possible. But if one man deserves “nuff respeck” it’s a certain Mr James Rowell. The man who started it, arranged it, sorted fundraising, t-shirts, booked accommodation, booked the ferry and bikes, arranged support crew, swept stragglers, waifs and strays along and collected all money together in a big swag bag… Without his sheer tenacity, the adventure on the island would never have happened… And for that, James… We thank you Sir!

So, 85 miles ridden and some raw saddle sores endured but the final fundraising count made it all worth while at just over £10,000… Not bad for a bunch of drunken idiots huh? 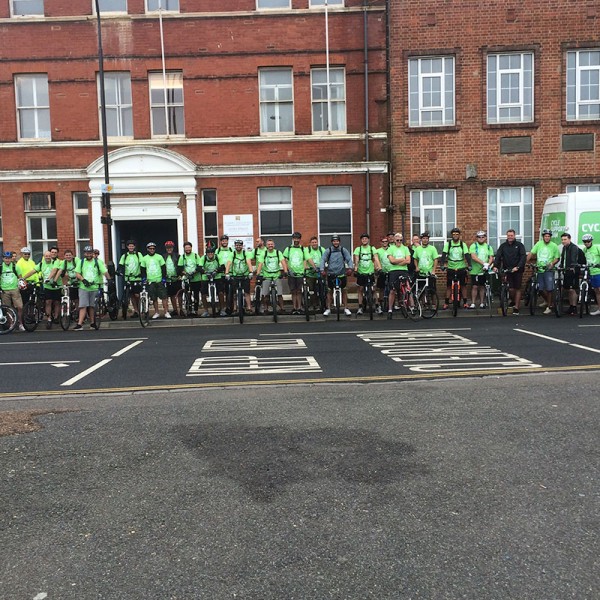 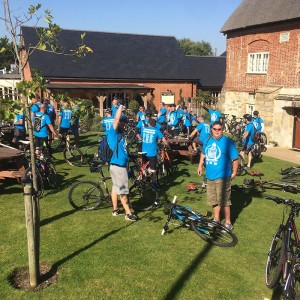 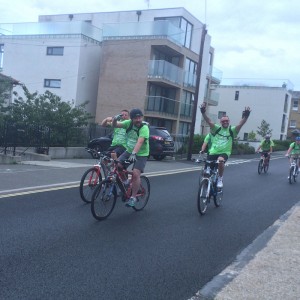 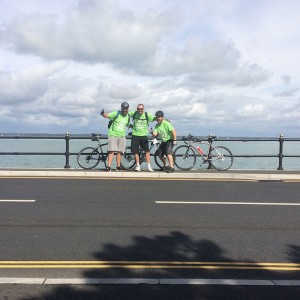 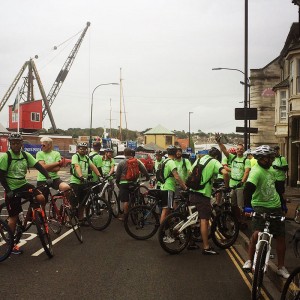 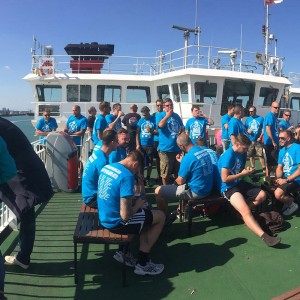 Copyright 2020 BigStuff. Large Format Printers. Signage, Events, Interiors, Retail and More.
Website by Thrive Digital.
Footer Menu
This website uses cookies to improve your experience. We'll assume you're ok with this, but you can opt-out if you wish.Accept Read More